Gender inequality is a well-entrenched problem across work and business, but at Barnsdales FM, we’re proud to be bucking the trend.

While just 37.9% of managerial positions across the UK are held by women, at Barnsdales FM, it’s 75%, with women in the majority of our most senior roles.

Nationally, this is rare; In 2019, the Government’s Gender Equality Monitor showed that just 17% of SMEs are majority-led by women (meaning they are controlled by a single woman or have a management team of which a majority are women), while 43% are entirely male-led.

Meanwhile, the employment rate for women is 8.9% lower than the rate for men.

Clearly, with women and girls being 51% of the population, this isn’t fair and it wouldn’t be the case if there was true equality of opportunity in our society.

While we have taken steps which can support women in the workplace, such as flexible working, we, as a company, cannot take much credit for our largely female-led workforce. Every woman in our business has earned their position because they were the best candidate for the role: We don’t discriminate.

This was certainly the case for Suzanne Mitchel, our national account manager:

“Being promoted within a company is rare and it’s not something I’d encountered elsewhere; and certainly not in the private sector where I worked for 15 years”, said Suzanne who is responsible for coordinating our service delivery and supporting our teams across the country.

"Barnsdales does not see gender, they see skills and people’s ability to carry out their role. They are flexible, understanding and extremely caring, which is a lesson other companies could learn from. It all makes me want to try even harder because I know they believe in me, and I them.”

So how come we have such a female-led workforce?

The dynamics of gender inequality are complicated, but there is a clear tendency across society for men and women to work in specific roles and industries. This is often a cultural issue, but it can also be the result of accidental or deliberate prejudice, discrimination or inhospitable working environments and working conditions.

Facilities Management is generally categorised as administrative work, and official figures show that women are more likely to work in these roles than men: Indeed, women occupy 76% of ‘administrative and secretarial’ jobs in the UK. Meanwhile skilled trades are very-much male-dominated, with women forming a small minority of workers. We also see this distinction within the Barnsdales FM workforce, where the majority of our engineers, decorators, maintenance operatives and plumbers are men.

Government analysis shows that one of the primary reasons for both the gender pay-gap and the overall number of women in work is that women tend to be  primarily responsible for childcare as well as care for loved ones and relatives. This is a key reason why the employment rate for women with dependent children was just 74% in April-June 2019, compared with 93.1% for men with dependent children. It also has an impact on job progression and career development, with women disproportionately held back as a result.

While we don’t positively discriminate to achieve gender equality, we are taking steps to make a wider range of roles more accommodating and more attractive to a diverse range of people, including people who balance work with other responsibilities such as childcare.

This includes working to support more part-time, flexible working, remote working and supporting shared-parental leave. These, according to the Fawcett Society, are key to balancing paid work with unpaid child and adult care work, which can help to support broader gender equality.

One member of the team who’s benefitted from this more flexible support is our accountant, Ewelina Tokarczyk who has been able to work more flexibly through the pandemic and beyond and we’ve also supported Ewelina with childcare. Ewelina said:

“Flexible hours are a huge benefit to employees, especially for those with young children. Being able to participate with all school activities and work full time is a great advantage and it’s highly appreciated.”

We think that female representation in the workforce, along with representation of all people of different ethnicities, ages, backgrounds and sexualities is a fundamental good; it’s the sign of a fair employer which judges people by their talents, not their demographics. We’re proud to be such a female-led company and we’ll continue working toward making our company a more attractive place for all people to work. 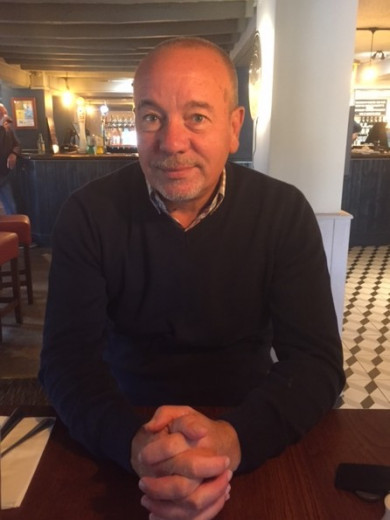